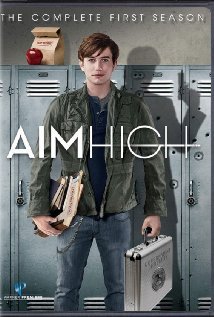 Killing is easy. High school is hard.
Nick Green is a top agent for the US government - effective, clever and deadly. He’s also got a paper on Crime and Punishment due Tuesday, a biology quiz this afternoon and thirty pages on the rise and fall of the Roman Empire to read tonight…because Nick is sixteen years old. He likes school, but only when it’s over for the day. There are the girls, of course - especially Amanda, a wickedly cool rocker chick who dates Derek, the captain of school’s championship swim team. Nick wants her anyway.
Advertisement:

The web series are six episodes and about 8 to 10 minutes long. Season 2 have 4 episodes and have a running time of 21 minutes. They can all be found on Crackle.com