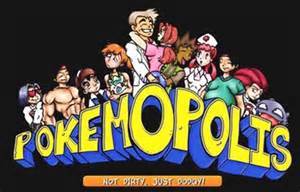 Pokemopolis is a fansite of the Pokémon anime. This site gives a episode sheet of the english dub of the show and movies, up to the beginning of the Kalos arc. Notably has a dodgyness rating for the various innuendos and other sometimes out of context moments on the show. Filled to the brim with Fan Nicknames, Author Filibuster, It Makes Sense in Context, Alternate Character Interpretation and other less than professional views it is a way to take a step back and read about the show with amusement.

It was originally announced that it would be shutting down sometime between October and November 2015. This date was later extended to "at least" October 2018.