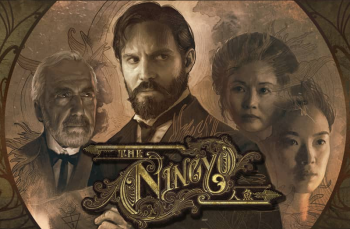 The Ningyo is a web-based Live-Action show by Miguel Ortega and Tran Ma.
Advertisement:

Set in the 1900s, the show follows Christopher Marlowe, a college professor who's obsession with finding the Ningyo has all but killed his credibility in the scientific community. After pretending to turn over his piece of a map he's certain will lead him to it, Christopher finds he's been sent a note that contains the skull of a Melusine. The note leads him to a mysterious person living in an underground mansion with a large collection of live cryptids. The man offers Christopher the chance to go find the Ningyo and regain his credibility.

The Ningyo contains examples of: