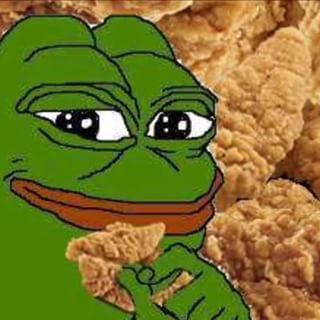 Gimme gimme chicken tendies
Be they crispy or from Wendys
— The unnoficial anthem of the series
Advertisement:

Tendies stories are greentext stories which were particularly popular on 4chan in early 2015, featuring a Manchild who lives with his parents (usually just with his mom) and loves chicken tenders, which he gets in exchange for "good boy points", or GBP, that are awarded to him for good behavior. In most of these stories, the protagonist tends to be massively overweight, immature verging on infantile, and very violent, which often ends badly for his family.

The series presumably evolved from manchild stories which were popular on 4chan's /r9k/ board in mid- and late 2014. Those stories were generally about an adult male acting like a spoiled child (and tormenting his mother), but by early 2015, the focus had shifted on Anon simply wanting his chicken tenders (while still tormenting his mother).

Mostly Discredited Meme as of 2016, but still resurface occasionally.