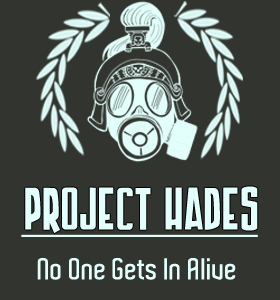 is an Original Character Tournament on DeviantArt, started in 2012.

The concept of the tournament is that after the events of Project Minotaur, all of the gods went into hiding; this resulted in no one watching their respective afterlives. Since Hades was the only god (and underworld) left open, it has become a vortex, sucking in the dead from every other afterlife. None can resist, and Hades becomes flooded with panicky, confused souls.

Eventually it stops, and the gods of the dead from a variety of other pantheons come back to claim the dead that are rightfully theirs. However, there are now two major problems.

The first is that there are thousands of new souls to be sorted. The second is that the Ferryman has disappeared; no-one is able to leave. Not even the gods.

As of the start of the tournament, all the staff working for the Judges (the FLEET) are overworked and overwhelmed; their only option is to recruit the recently deceased to help them out.

This tournament contains examples of the following tropes: