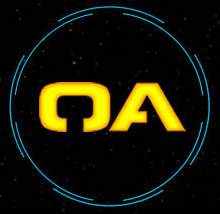 "The future isn't here yet. But don't worry. It will be."
Advertisement:

is an online collaborative fiction setting that describes itself as a transhumanist Space Opera with many worldbuilding elements.

The year is 10601 AT (more or less), with the AT calendar beginning on the day man first walked on the moon in 1969. This means it is ten and a half millennia in the future, and as you can guess, the far future is an extremely weird place, where the only boundaries are imagination. (and hard science)note For reference, 10,000 years ago from the current era, towns and villages were the cutting edge technology; to the zars of the Terragen Bubble, computers, ai, nanomachines and interstellar travel is technology that is Older Than Dirt

And physics. Orion's Arm tries to be strict about accurate physics or only using speculations that have supporting papers on physics preprint sites. The site is linked to several dozen academic dissertations explaining all of the concepts used in the series.

The physical setting is the Terragen Bubble, a sizable fraction of the galaxy roughly 8000 light-years in radius, centred on Earth (which is now more or less a wildlife park). Its inhabitants, the Terragens, the mind-children of humanity, are all forms of life and all kinds of minds that trace their origins back to Earth.

The Terragen Bubble is mainly divided into a dozen or so "Sephirotic Empires", each one a staggeringly diverse Star Cluster of Hats. These are ruled by the Archailects, intelligences so powerful that they become, to the comprehension of an average human, indistinguishable from gods. Mostly, they're benevolent and very protective of their citizens, using extremely subtle methods to govern their charges, such as stopping crimes before they happen.

Life is common, but independently evolving intelligent life is very rare note all told there are about few dozen completely alien species known and more suspected, some without as much diversity as Terragens, others with even more. Most species that other sci-fi series would classify as "alien" are actually humans or other Earth lifeforms modified heavily, or human-origin artificial intelligences — hence the term 'Terragen'. This includes the Mineral Kingdom, which are robots or vecs note named for the Information Age roboticist and AI researcher Hans Moravec, as they are called in-universe (since "robot" implies non-sentience). What few truly alien species there are either extinct or insentient, with a few notable exceptions, and all are incredibly different from Earth life.

Though humanity has come a long way, and unmodified "baseline" humans are just a tiny minority among the billions of species, one of the primary tenets of the universe is that human nature, or more accurately, nature shared with almost all sophont (self-aware) life, has changed little. Things like love, humor, jealousy, drama, hatred and other human emotions are shared by most of mindkind.