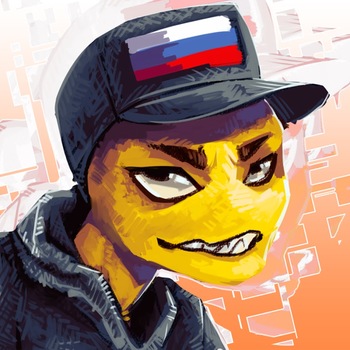 "OH MY GOD, WHY AM I DRIVING LIKE A FUCKING IDIOT?!"
NFKRZ, while raging at a game.

NFKRZ, pronounced "nofuck-ers", real name Roman Abalin, is a Russian commentary YouTuber similar to other users such as Pyrocynical and LeafyIsHere. What makes him notable is his Russian accent and his videos he's made about Keemstar, the infamous creator who runs the DramaAlert channel. Check out his channel here.

Since 2016, his channel has become more focused on introducing Russian and Eastern European culture.