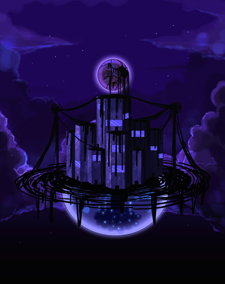 An Asylum? What could possibly go wrong?
Dear Recipient,
"Have you ever experienced something you'd rather forget? Or have you actually forgotten what you'd rather remember? What if you could remember or forget, just like that? What, perhaps, if it was not you that needed to forget, but someone else?
Advertisement:

Enter a world where you yourself are the mystery; Who are you? What are you? Travel the hallways of Ink Asylum as you try to regain pieces of your memory, encountering friend and foe alike. Each victory will bring you one step closer to regaining who you are...and one step closer to unraveling the mysteries of Ink!

An Original Character Tournament currently in final round (comics or flash only), which can be found at deviantArt

Ink asylum has been brought to you by: Mixmaster163

There are over 38 patients currently in Ink Asylum: