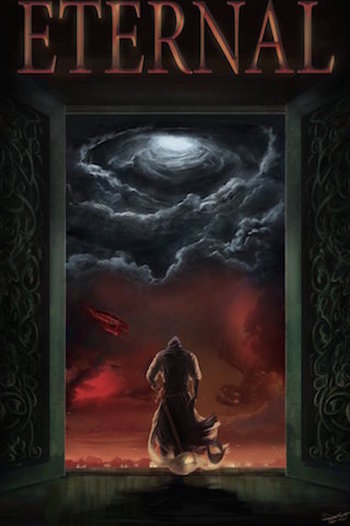 The last hope for a dying empire.
Advertisement:

Eternal is an Interactive Fiction game, created by ChooseYourStory user End Master. Eternal takes place in a Dark Fantasy setting, inside the border of an ever-expanding empire, creatively called The Empire. In this game, you play as a young man, known only as The Eternal, who was taken from his home as a baby and placed in a sort of magical Super Soldier program, known as The Eternal Program. There are three paths that can initially be taken and thirteen epilogues that can be achieved.