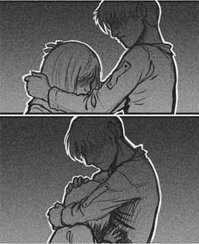 We played Xbox through the apocalypse.
—Izzy, Audition Round

is an Original Character Tournament ongoing comic contest on DeviantArt that asks its contestants to tell the story of a city infested with the undead and its handful of survivors. Each artist has crafted anywhere from one to three characters, each with unique skills, personalities and backgrounds.

Every round, artists are paired off and pitted against each other. They must each tell a story of their characters meeting and interacting in the form of a comic. Entries are judged based on both story and art. The winning comic becomes canon and the artist continues on to the next round, and those characters get to live to see another day.

DeviantDead is on its fourth round of five as of this writing. All of the contestants have so far woven a thrilling story that seems to be getting better with each passing round.