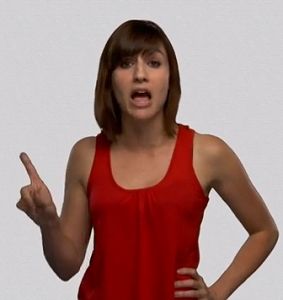 Not a pissed-off sorority Alpha Bitch, just plays one in a viral video. 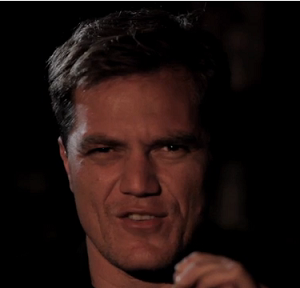 In April 2013, Rebecca Martinson - a student at the University of Maryland and board member of the Delta Gamma sorority chapter - sent a blistering email to her sorority sisters excoriating their inability to participate in Greek Week activities (particularly: those involving their "matchup" fraternity, Sigma Nu) to the satisfaction of the board. F-bombs were flung with abandon, capitalization was abused, and feelings were stomped flat with extreme prejudice.

As emails often do, this one got out into the wild, and went viral. You can read a copy (with Martinson's name changed) here

It wasn't long before celebrity dramatic readings started popping up. First out of the gate was Attack of the Show! alumnus Alison Haislip (via PopHangover, seen right top), who brought the appropriate levels of piss, vinegar, and hormones

. Days later, Funny Or Die recruited Michael Shannon (right bottom) to put HIS spin on the email. Like all things Shannon, it was...dark. And odd.

This email provides examples of: