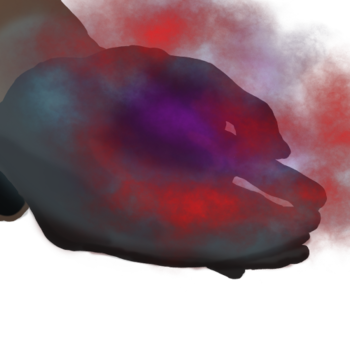 The Hands of Divine Intervention
Cosmic Potential is audio work related to Anthologies of Ullord. It is from the series The Divine Saga. In contrast to the other works by Nikki Flynn and Edwin Dantes, it features several of the gods as main characters instead of the mortals of the world. The story is centered around Mikael (god of fire/war/forge), Mara (life/death) and Avani (nature) and the interactions the gods have when their domains overlap and crash.