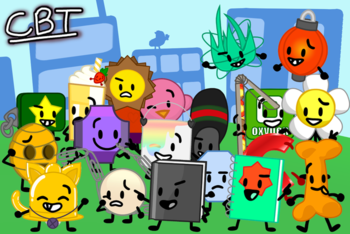 The cast members
Corporate Businessman's Telethon is a written object show. Its premise is about the world's richest chicken, named Clinko, starting a game show to promote his products. But however, it later turns out that the game show is far more sinister than it seems.