Color Mischief X is an open-world sandbox story created by a writer known as Eldritchcore. With a closed community of more than twenty people, the story and its lore is developed through visual art, writing, and roleplay. 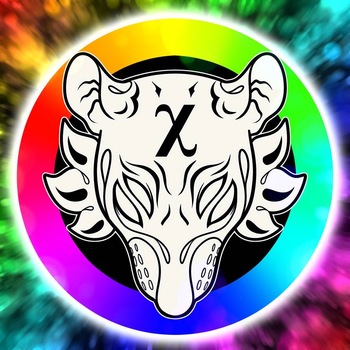 Taking place in Dimension One of the Sidereus Universe, Color Mischief X follows two different stories. One side of the tale takes place in the godly realm of the Palette, where ancient gods known as the Color Pantheon engage in soap opera levels of drama as they battle for territory. Recently, things were shaken up as several new players were introduced to the board- players that theoretically shouldn't even exist. With BleachedRat (white) beginning his path to the destruction of all colors, VantaRat (black) working against him in a sibling rivalry of divine proportions, and an unknown entity theorized to be GrayRat stealing memories and transforming Colors into grayscaled revenants, that is only the tip of the plot iceberg. Seeing as the god who created everything, Rattacus, is out of the picture due to keeping Apocalypse Incarnate in her prison, it's up to the Color Gods to not only keep themselves safe from the monsters, but also their people on Xierus- leading to the other side of the tale.

Down on Xierus, Color Mischief X follows the young mancers of Vybrance Youth Academy as they not only learn to battle the forces of evil with magic gifted by the gods, but also deal with interpersonal drama, identity crises, and the rigors of school in general. Learning to be a defender of humanity is no easy task, especially for a bunch of 15 year olds. Centered on Orpheus Gaumond's Class of XX17, having a classmate whose soul is host to a fragment of a god's conscious leads to a continuous trial of monsters, angst, and general existential weirdness. But Gaumond's class have found family in one another, and together, can weather anything thrown at them.

The characters of CMX contain examples of: