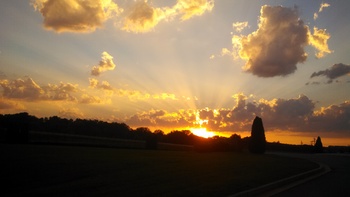 Once again, the sun rises over Beautiful Terra!
In the Noble Brightness of the 41st millennium, there is only HIGH ADVENTURE!
To properly begin you for this article, imagine Warhammer 40,000, the grim darkness of it all, and the unflinching agony that everyone in that universe feels every waking moment…
Advertisement:

Now throw everything you just thought about out into the Eye of Terror, dial everything back to before the Horus Heresy, and expunge everything even slightly bad and replace it with HIGH ADVENTURE!

After all that, it’s time to say hello to Brighthammer.

Straight from the bowels of 4chan, BrightHammer 40K is exactly what it looks like: a Lighter and Softer version of Warhammer 40K.

This alternate setting contains examples of the following tropes: