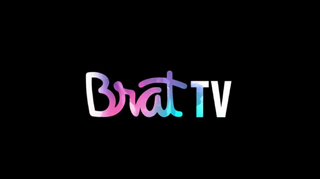 Professionally produced YouTube channel whose main product is a number of interconnected short-form Teen Drama series set in and around the fictional places of Attaway, Millwood, Crown Lake and their eponymous schools. The major innovation, besides structuring its' output in that way rather than creating a single hourlong Teen Drama series with a large cast, is using already internet-famous teens as actors who would bring their own existing following to the shows and become eligible for their SAG-AFTRA cards in return although more recent series have used actors with prior professional experience.

In 1963, Attaway, prim and proper Cathy Fitzroy’s life is turned upside down when she meets Jo Chambers, Together, the two amateur sleuths will uncover the dark secrets of their town… secrets that involve their own families.

When a scandal erupts at Boss Cheer, a new pair of coaches takes over.

Violet Reed has to go back to public school after getting banned from playing tennis and decides to start a track team.

When Eleanor "Nellie" Chambers shows up at Crown Lake Academy, she knows this school is her ticket to a new & better life. But she also knows fitting in and learning the ropes isn’t going to be easy. Until she finds a guide.

Decades ago, a group of Millwood students were presumed dead after a collapse in the cave they were exploring. Years later, they show up in town, having not aged a day…and with a taste for blood.

Rhyme puts her writer's cap on to create a fictional story that follows Lily McKay and her newfound friends as they form an unconventional girl gang on Sunnyside Court.

Reality and fantasy collide for Cassie, Kate and their friends at Millwood High.

Attaway Freshman, Zoe Valentine struggles to define her own identity at school and home after the loss of her sister to cancer.

Reality shows
IGTV
Deleted series
These series were released prior to Chicken Girls and most of them except Keys take place outside of the Brat universe.

Tropes found in one or more Brat series include: