Web Original / Artists At The Ready 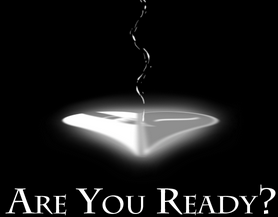 "Are you ready?"
"Congratulations! You have been selected to take part in a wonderful new experience. You are hereby invited to take place in an Original Character Tournament within the dimension of "The Real". The next doorway you pass through shall be your portal into this dimension. Upon your arrival, you will be able to summon three of your original creations with an item that is close to your heart. If you need guidance, look for one of the many friendly Art Blocks that roam the land, or one of the Judges - they can help you with your journey! Enjoy your stay in The Real!"
"P.S. Oh, and be sure to watch your first step."
Advertisement:

Artists At The Ready

is an Original Character Tournament hosted on deviantART. It's gone through many seasons and judging panels; the original iteration began in 2011, and concluded its fifth season in 2019.

The unique concept of this OCT is that unlike many Original Character Tournaments, the artists themselves are drawn into the competition, by receiving an invitation to the competition. They are then sucked into a mysterious realm known as The Real where they team up with up to three of their original characters to win the competition.

A new season has arrived. Artists at the Ready 4 has opened up for new artists with all new excitement. This round only 32 contestants will enter The Real out of hundreds that might audition. With the limit of 2 characters per-person, the admins chose this hoping of having more plot development. Only one will come out the new champion. Who will it be?

Advertisement:
''"Greetings, artists, dreamers, and daydream believers. The dawn of yet another grand tournament is upon us. You have been selected to take part in a wonderful experience. We hereby invite you to our Original Character Tournament within the dimension of "The Real"- although, "invite" may be a misleading word. You have been chosen. The implication that you may have a choice as to whether you are to be a part of this grand tournament is... Well, a false one. The next doorway you pass through shall be your portal into this dimension. Upon your arrival, you will be able to summon TWO of your original creations with an item that is close to your heart.
"Your mission? To combat all who stand in your path. Continue to fight, until you are the last one standing."
"Give us a good show."
"We'll be watching, high above."
"P.S. That first step is a doozie…"
Advertisement:

Omega Phitus and the Nymphs