Web Original / A Game of Life and Death 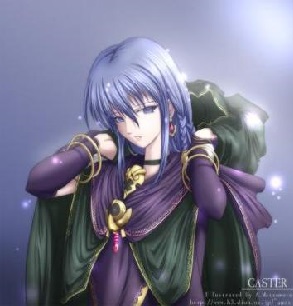 Looks can be deceiving... and if she says she wants to eat you... it does not mean what you think it means.
'' The second you make that choice, the door to the dark room slams shut. You run to the door and try the handle, but it's locked. You jiggle it, try to wrench and pry it open, call for help, bang loudly, even body-slam it when you get desperate enough... all the while the already dark room grows darker. You can no longer see the light that was once peering through cracks in the door. You can no longer find the window...

''A chill runs up your spine... or was that a hand? A long, slender, almost bony hand claps over your mouth before you can scream. Several more hands, fingers, and arms reach out from the blackness and grasp each of your limbs, around your waist, hips, chest, around your neck, squeezing, clawing, clutching.
You struggle, but you cannot escape, and you cannot even cry out when their fingertips pierce your skin, drawing blood, stealing your life from you... "Greeeed... wantwantWANTWANT, a want for more, a want for all, we sense it, yesyesYES, we know...tasty little flesh-ling... you are one of us." ''
—A Game of Life and Death

A Game of Life and Death is the first in a series of Choose your own adventure stories by an author under the screen name Kiel_Farren. It was created on Choose Your Story, a free website allowing anyone to publish their own, (also free,) stories for everyone to play and for any other member to critique.

The game revolves around the reader's character, as expected. The reader's story incarnation is introduced as an average seeming high-school student of ambiguous gender, (though the reader is allowed to choose gender later if they progress far enough,) who is currently in trouble with his/her parents and the school due to being framed by a bully for vandalism.

This initial frame-work appears to be there only to establish a false sense of normalcy because the genre of the story is horror/supernatural/mystery/puzzle (with some humor/drama/romance/sci-fi thrown in) and the majority of the story takes place in an allegedly haunted house. The house isn't just haunted, however, it's also filled with vampires, doppelgangers, cannibals, sorceresses, an evil scientist, and even a dinosaur...

Your ultimate goal? Survival. Not just yours, but also that of your best friends, Layne and Melissa.

The deaths range from surprisingly gruesome to fairly creative and humorous and the endings range from tragic to triumphant over a span of 800+ pages. A sequel, with the working title, "Devil's Chess" is also currently in the works, with Layne L. Gray—the male best friend of the protagonist—as the main character. A prequel, Temple of Fate, stars the female best friend, Melissa N. Mors and is also being worked on.

This is part of Kiel Farren's "horror series" and is the first installment. The known titles are:

The story was unpublished from Choose Your Story by the author after his exit from the site, along with The Other World. As far as the site knows, the author hasn't published it anywhere else, thereby making it a lost work.

A Game of Life and Death provides examples of: