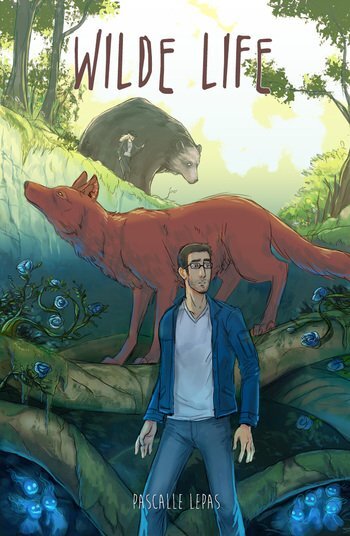 is a horror/fantasy webcomic that began in September 2014, drawing from Native American legends and other stories. It is written and drawn by Pascalle Lepas, the artist of Zap!.

Oscar Wilde (no, not that one) has recently moved to Podunk, Oklahoma for unknown reasons. Hilarity Ensues when it turns out that his landlady — Barbara Yaga — might be a witch, his house is haunted by a 1940s-era ghost named Sylvia, and a teenage werewolf named Clifford passes out on his porch.

Don't confuse with the similarly-named webcomic Wildlife, nor the manga Wild Life.