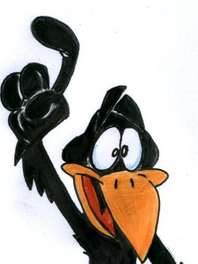 Granitoons (or HRAM Comics) is a web comic series by Aberdonian cartoonist Andrew 'Andy' Morrice, who now has a DeviantArt account

(active since Dec. 2006) where he publishes his works and is also a Troper. His characters include Astro Cat, Stan the Crow, Farmer Giles, Hot Dog and April, May and June. Andrew mostly draws in the old-skool cartoon style and is a huge fan of Hanna-Barbera cartoons among others. Now, the characters are living with Topper Hay's characters within the new series of HRAM Comics.