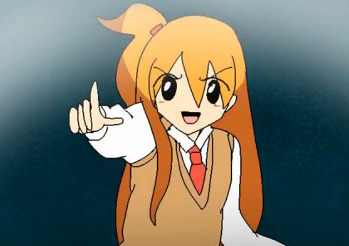 Welcome to the Panties Warfront is a YouTube Fanime series about school wide battle for a pair of wish granting panties. The main character is a high school senior who is determined to win the panties and wish for a fellow student to fall in love with her.

Welcome to the Panties Warfront provides examples of: