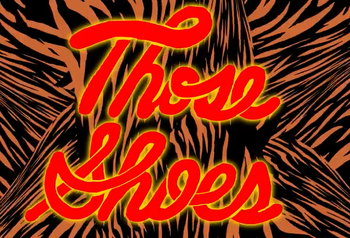 The End Title Card
Those Shoes

is an animated short by Devin Flynn and Amy Lockhart that revolves around a detective trying to find the owner of a shoe left at a murder scene.

Tropes for Those Shoes