Web Animation / The Struggle for the World 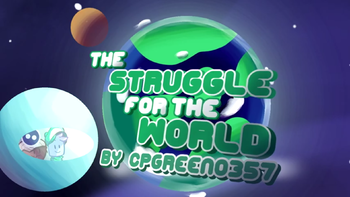 Talk about a step up from a million dollars...
Advertisement:

The President of The World hosts a show with 20 contestants competing for a prize. What is the prize you may ask? Oh, nothing, just the entire Earth to rule. That's all.

Who will win? Who will rule the world? Tune to this playlist