Web Animation / The Birds Are Working 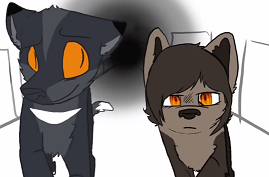 The Birds Are Working or TBAW, as it is known, is the inaugural animated series of Run To the Battle Productions. this series lasted one episode before being cancelled by the team. The voice cast was assembled via crowd sourcing and contains friends of the team.

In a world of sentient canines, there is a mysterious prison. One day a number of enterprising inmates stage an escape. The ruthless warden and their henchmen pursue the escaped prisoners.

It has a critically acclaimed and much more ambitious Spiritual Successor in Audience!.