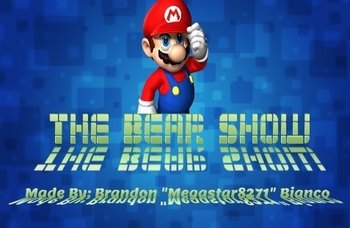 , he started it when he was 11 on October 26 2010. It is about Mario, John Cena and the rest of the toys going on random adventures.

There is also a mini series called The Bear Show Shorts which are short videos around 30 seconds to 5 minutes. They are shorter than the regular videos.

There is also a Movie called The Bear Show: The Movie which is about Mario, John Cena, Daddy Bear, Star and the others having to face a new evil stronger than anyone they have faced before.

You can view all the seasons of The Bear Show so far here:

And you can view all of The Bear Show Shorts here.