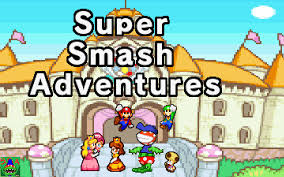 , which can be seen here

The fic opens with the birth of a strange vegetarian Piranha Plant who is thrown out of his family after accidentally taking a bite out of his own kind. He is ultimately found by Princess Peach and Toadsworth, who, realizing he isn't dangerous, take it upon themselves to raise and teach him how to read, speak, and interact with society, naming him Billy.

Unfortunately, Bowser and the other Nintendo villains get wind of this, along with a legend about a powerful artifact known as the "Gospil Seed," which is contained in a unique Piranha Plant... and Billy is just that kind of Piranha Plant. Fortunately, the various Nintendo all-stars are there to stop them.