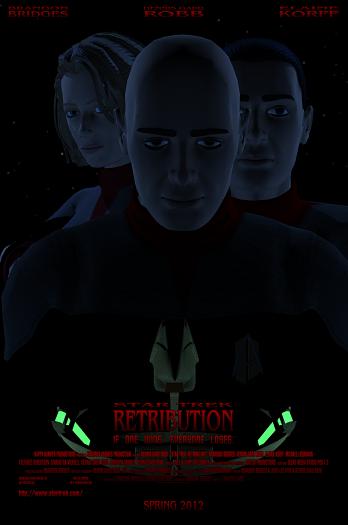 If one wins...everyone loses.
Advertisement:

The year is 2388, ten years after we last saw our crew of intrepid heroes aboard the USS F. Scott Fitzgerald. The story opens with the dire news that the fractured Romulan Empire—in tatters following the events of Star Trek: Nemesis— is united again, and about to invade The Federation. Their motive? Revenge—because they believe that Starfleet was behind the supernova that destroyed Romulus the previous year. Admiral Thornton tells Captain Bradley Prentice that the Romulans purport to have evidence to back up their claim, and that if they are to avert disaster, he must prove the evidence is false, and discredit the source, a mysterious individual known only as Drakus, who may or may not be human. A short time later, an expert in Romulan psychology arrives to help—none other than Admiral Gaius Reyf.

The Fitzgerald departs for Romulan space, but while en route Reyf is visited in his quarters by the ghost of Braiyon Garr, who warns him not to venture into Romulan space, that doing so will mean his certain doom—which Garr says he wants to inflict himself. Shortly thereafter, the Fitzgerald arrives at the edge of the Romulan Neutral Zone, only to find the Romulan battlecruiser that was supposed to be their escort has been savagely attacked. At Reyf's insistence, Prentice agrees to salvage the ship's cloaking device and press ahead, despite the dangers that await them.

With time running out until the start of the Romulan invasion, Captain Bradley Prentice finds himself caught between a mysterious warlord who will stop at nothing to see the Federation destroyed, and a superior officer who may be hiding something—a dark secret which could save the Federation...or seal its doom.

Tropes seen in Retribution include: