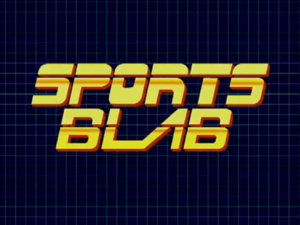 Sports Blab is a webtoon duology from Looney Tunes that stars Porky Pig and Tweety Bird. It is a parody of sports newscasting, with Porky and Tweety giving viewers all of the day's sports news in three minutes.