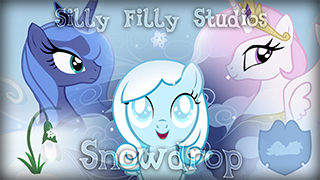 is a My Little Pony: Friendship Is Magic Fan Film created by Silly Filly Studios. It is about a blind pegasus filly and her winter creation - a creation that changes Equestria's wintertime for centuries.