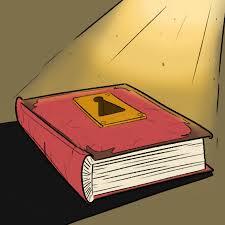 Animated tales from the SCP Foundation.

SCP Animated - Tales From The Foundation

is YouTube channel presenting animated takes on various entries from the SCP Foundation. Starting out as very episodic and unconnected, the series evolved to focus on the staff of an unnamed SCP research site, such as the surly Dr. Buck, naïve new research assistant Gustav, chipper Dr. Collingwood and several others.

New episodes typically are released once a week.