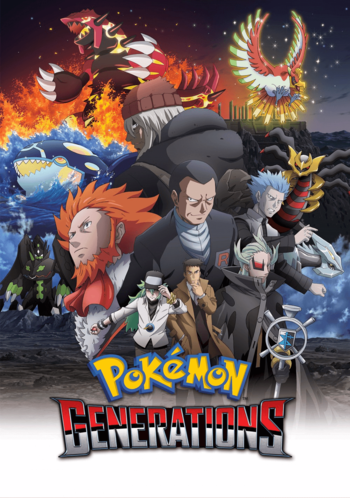 These are the untold stories of the Pokémon World.

Pokémon Generations is an animated short series in the same line of Pokémon Origins, a Truer to the Text adaptation of the various generations of Pokémon games. The series follows various characters (except the games' protagonists), within various regions (Kanto to Kalos) and gets wrapped up in the plots involving the games. Each region/generation gets three episodes for itself.

The trailer for the series can be seen here

, with the rest of the series being uploaded to the official Pokémon YouTube channel (playlist

Pokémon Generations was succeeded by Pokémon: Twilight Wings, a series of shorts based off of Pokémon Sword and Shield.