Web Animation / On Your Mark 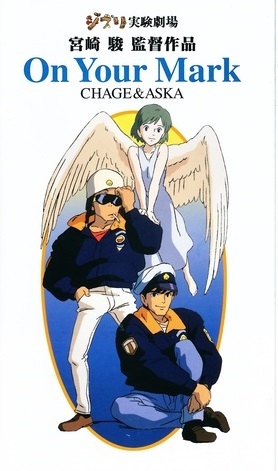 On Your Mark is an Animated Music Video made in 1995 by Hayao Miyazaki, set to the eponymous song by Chage & Aska.

The video is set in a futuristic megapolis and begins with a police raid on a religious cult. Two policemen (who resemble the two singers) rescue a girl with huge white wings. After she's taken away by the government, the two men endeavor to set her free.