Web Animation / Off the Grid 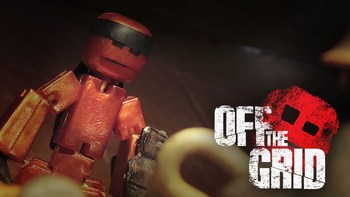 Off the Grid is an online Stop Motion, featuring Stikbots as the primary characters, by Stikbot Central. Despite focusing primarily on Stikbots, other types of figures show up as well, including Figmas.

Off the Grid contains examples of: