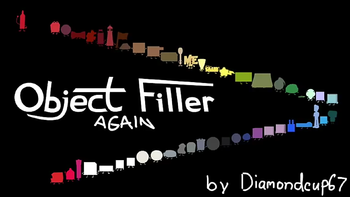 No, it's not a BFB knockoff.
Object Filler is an Object Show created by Diamondcup87 on November 23, 2016.
Advertisement:

Initially, season 1 was a poorly-made, Stylistic Suck joke show but season 2 completely removes this aspect, becoming a more traditional yet well-made BFB-esque object show, and featured all the recommended characters from the first season as well as the original cast (sans Cool Shades)

See the episodes for season 1