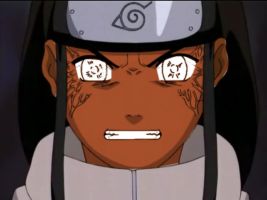 A different twist abridged on the anime Naruto created by maddogg91 and his skype friends. It features White Fox as Naruto, the only White person living in the Hood Hidden in the Leaves. maddogg91 as Sasuke, an ego maniacal ninja who constantly has to remind everyone that he is a lyrical genius and untouchable by those of lower ranking. Princezsupastar as Sakura, the girl in love with Sasuke and the girl Naruto wants more than anyone else.

Maddogg 91 is also the writer and writes his own fiction.

There are currently 4 episodes.

Episode 1: Imma Hood Ninja-Naruto steals a scroll to build respect with the village but doesn't realize that Mizuki is only using him for his selfish goals to be on MTV Cribs.

Episode 3: Sakura and the Lyrical Genius-Iruka assigns the rookie ninjas to teams. Naruto is teamed up with the girl he's crushing on and the guy she's crushing on.

Episode 4: Once upon a Naruto.-Team 7 explains to Kakashi what happens during the bell test.

Episode 5: Ninjas Out Da Hood-Team 7 gets a mission to guard a very important drunk guy.

Christmas Special-Sasuke has a fucked up xmas.

Other Characters to this date: