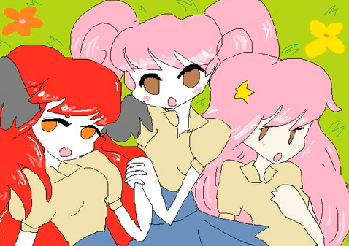 My Jungle Book, Your Year is a YouTube-hosted Fanime series that focuses on a Japanese school girl named Demonica Bishi and her rivalry for the role of Student Council President with classmate Fuu Fuu Furi Furi Pupi. The series ended after 15 episodes, and can be viewed on this channel

My Jungle Book, Your Year provides examples of: