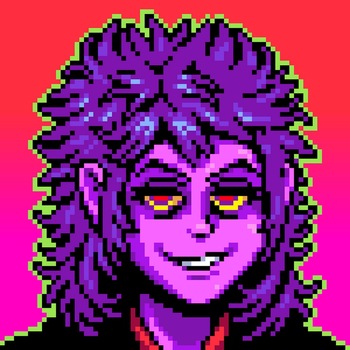 "My name's Lumpy, and I do slightly odd pixel art, animations, and games. Hello."
— The Channel description.
Advertisement:

is a YouTube channel that focuses on making Eldritch Abominations out of pretty much anything imaginable, most of the time with a comedic tone.

The first video on the channel was, of all things, a video of Smash 4, but his true claim to fame is his Garfield Gameboy'd videos, inspired by the work of William Burke. Since then, he has made a number of different videos and series, including his Mario Bros and Among Us series.

. He has also made a number of Freeware Games in collaboration with game developers, including Triggore, which can be found and played on Itch