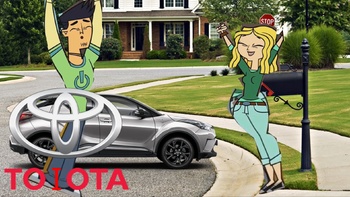 Carrie: Yeah... This is gonna be great.

Devin and Carrie's Adventures is an Animated Series made Just For Fun by Nathan's Ultimate Channel that stars the titular protagonists from Total Drama Presents: The Ridonculous Race. However, unlike their previous counterparts, they are more Denser and Wackier. The first episode was in June 19, 2020 and was succeeded by The Tommy Wi-Show (No, not that one!)