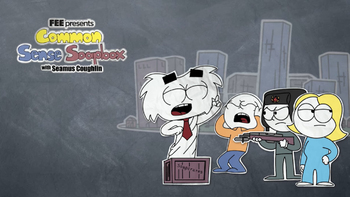 Common Sense Soapbox is a web series consisting of 3 minute lectures on economics. It is created by Seamus Coughlin, the creator of FreedomToons. All of the videos are posted to the Foundation for Economic Education Youtube channel.