Web Animation / Caillou the Grown Up 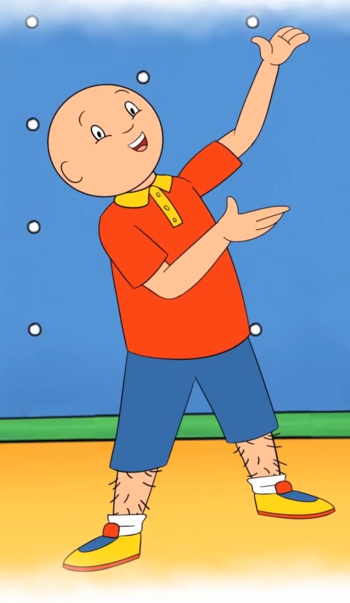 Caillou the Grown Up is Black Comedy web series written by Eric Moneypenny and is animated by Venturia Animation Studios as a part of the AOK Ruins Your Childhood series. It is a parody that focuses on the title character of Caillou as an adult who continues to act like he's four years old, which causes nothing but stress and agony to those around him, particularly his dad.

The show premiered on September 4th, 2018, and has had seven episodes so far.

Caillou the Grown Up provides examples of: