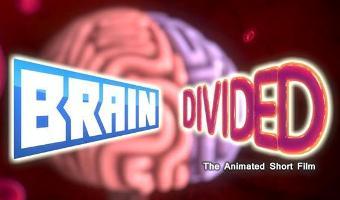 The story is about Jon, a guy meeting a blind date in a restaurant. This causes his brain to go into overdrive, with an epic struggle between the logical and inhibited left side: Blue; and the emotional, impulsive right side: Red.

The movie can be watched here