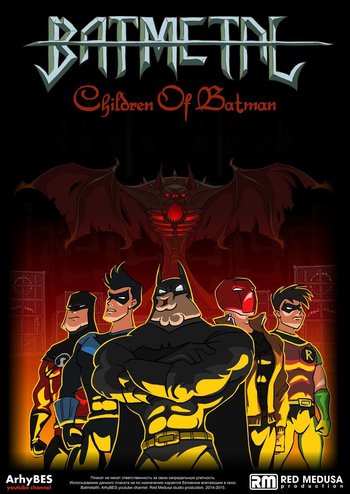 Yes... The Time has come...
Batmetal is a series of animated shorts by Russian duo ArhyBES

in which Batman performs some metal (specifically Dethklok) with a band composed of Robins (aptly named "Children of Batman"). As of April 1, 2018, three have been released:

Aside from that, they also made parody videos for Teenage Mutant Ninja Turtles and Overwatch titled Jack Black Mutant Turtles

, but they're not actual music videos, mind you.

The animations provide examples of: