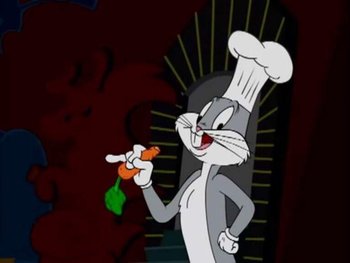 Aluminum Chef is a webtoon duology from Looney Tunes that stars Daffy Duck as the host of chefs competing for the better meal. It is a spoof of Iron Chef.