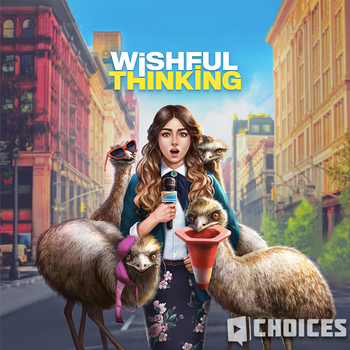 Wishful Thinking is one of the many stories under the Choices: Stories You Play collection.

You're an aspiring reporter, struggling to get ahead... until a shocking turn of events changes your life!