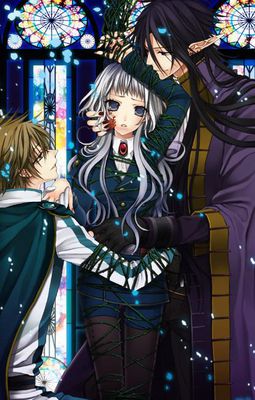 This game follows Princess Christina, the third princess of Almenan. She holds a strong military position and is feared by the demon race for her countless victories against them. Not what comes to mind when you think of your typical princess.

She and her knight, Lezette, are sent by the queen to kill the demon king, Gardis, who welcomes them with open arms. He and his prime minister, Jin, even go so far as to allow them to stay in the castle and try to kill him as many times as they'd like. Now living together, the humans learn that there's far more to the demons then they were ever taught.

The Second Reproduction contains examples of: