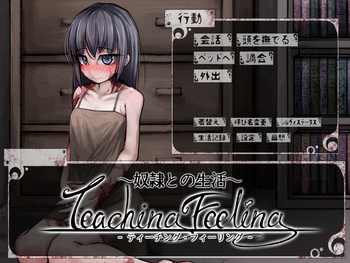 You are a doctor running a clinic in a small city. One day an odd man appears with a young girl, he thanks you for helping out and to repay a debt. In return, he gives a slave girl named Sylvie. He puts her care into your hands and departs. Leaving you with an emotionally distant, horribly scarred girl wearing nothing but a sack for clothing. Her fate is in your hands to either help her heal and move on from her traumatic past. Or to be an even crueler master.