Visual Novel / Sweet Fuse: At Your Side 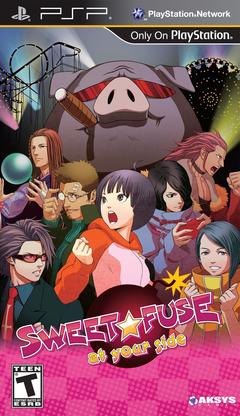 18-year-old Saki Inafune is the niece of legendary game producer Keiji Inafune. She attends the grand opening of her uncle's new theme park, which is based on popular video games. During her uncle's speech, however, the park is taken over by the mysterious Count Hogstein, who presents an ultimatum: Seven people must participate in a seven day game, or the park will be blown up. Saki steps up in order to save her uncle, but alongside her are six different men.