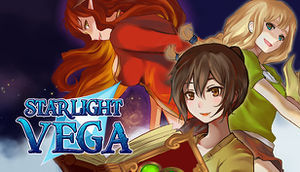 Aria Reid and her mother has just moved into the house of Silas Reid, her late grandfather. While her best friend Melody is over, Aria starts hearing a strange laughter echoing through the house. During the night a mysterious book appear in Melody's arms and the two of them find an old study filled with occult objects. Among them is a strange gemstone, that when Aria touches it, releases a beautiful woman with horns, pointy ears and a tail. Giving her name as Lyria, she explains that she's a demon that has been trapped inside the stone for fifty years and that she's now bonded to Aria by the stone.

While seeking to sever the bond, Lyria displays a sexual interest in Aria, while Melody seems especially bothered by her presence. A small, winged creature called Sid also appear, claiming to be Lyria's familiar. Aria also has strange dreams of an unfamiliar place and a mysterious woman, while the spellbook unfolds many secrets concerning Aria's grandfather and the demon homeworld of Vega.

Starlight Vega is a Girls' Love Visual Novel developed by Razzart Visual and was released on Steam on April 14, 2016.