Visual Novel / Sin With Me 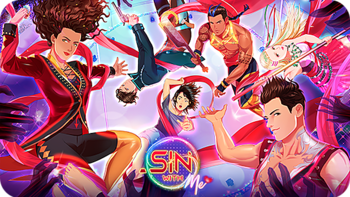 Sin With Me is a Romance Game Visual Novel by Voltage Entertainment USA, released through their Lovestruck app for iOS and Android devices. It debuted as a pilot in June 2019 with two available routes, and was confirmed for a full series in July.

The heroine discovers that there is much more to her home city of Las Vegas than meets the eye, as she stumbles into a world of body-snatching demons, the circus performers/assassins who hunt them, and magic based around the Seven Deadly Sins.

Sin With Me provides examples of: