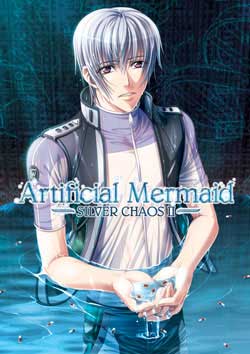 This Boys' Love Visual Novel is a distant sequel to the original Silver Chaos, set 20 Minutes into the Future. Instead of magic, we get magitek.

Yuuri, an officer of the LWC (the Lifemicrochip Crime Commando), has been protecting the city from crimes concerning "Life Microchips" (LMC) and their use. But he also has been dealing with problems himself, being haunted by reoccurring dreams; Being under water and someone calling to him. Yuuri wishes to find out the meaning behind these dreams, as well as juggle his health and career.